Veteran’s Day: Not Just A Normal Day For These Cosplayers

Today, in honor of Veteran’s Day and for those who served in the military and protected our rights, I wanted to spotlight certain cosplayers in our nerd community to share with us their thoughts on the holiday and whether their military background has made an impact on their nerd lifestyle. In this article, I talked to Matches Malone, a well-known Batman cosplayer from Boston who does charity work at hospitals around New England. I spoke to Wendell Smith, who not only is a Sergeant in the U.S. Marine Corps but also is a member of of the cosplay group, the East Coast Avengers. Eric Moran is a man that wears many hats. He is an actor, body guard, wrestler, filmmaker, host and cosplayer. He is involved in helping inner city youth as well as anti-bullying events . He also speaks to kids at schools on how to be a positive and motived in their communities. Nelson D. Martinez is a lifelong comic book fan, who since returning from Iraq, attended Mega Con 2011 and has become heavily involved in cosplaying.

E. Ortiz: How has your military experience affected your nerd/geek life or lifestyle?

Matches Malone: I think it pretty much gave me the discipline to do my character with integrity and honor, rather than letting it go to my head. I can do the character as if it was real and give the fans and people the magic of the character and the enjoyment of it.

Nelson Martinez: My military experience I would say, has never really had any type of affect on my nerd/ geek life. It’s keeping me busy at times, but doesn’t change my actual experience. I do find it cool though, that most movies and comics are in a way recognizing the military and somehow including them in various movies and comics that have been put out.

Eric Moran: It keeps me disciplined in the ways of taking care of myself, being respectful and staying humble to help others.

Wendell Smith: To be honest, I think my military experience has shone through some of my cosplays. There are a few people who have told me they knew I was prior military from the way I carry myself when I cosplay certain characters (i.e. John Stewart, Mace Windu). Overall my going into the military had initially snuffed out my creativity because of my duties while I was active duty.

E. Ortiz: Wendell, what do you mean by “carry yourself”?

Wendell Smith: Um, some call it military bearing, others call it that “you look like you don’t take too much mess” characteristic, organized, well behaved, respectful, having a disciplined look

Do you feel that military service is misunderstood by most geeks and nerds?

Matches Malone: No, because those who go in have a idea of serving their country whether a geek or a nerd. Its just about doing something that’s honorable and something to be proud about.

Wendell Smith: I don’t think it’s misunderstood because, as I am finding, there are quite a few of us. I think that those who are not military may not understand that us military folk are just as big a group of nerd/geeks as they are. We just don’t get to show it, while on active duty.

Eric Moran: Not really, it’s all about how they were raised on what the military means to them.

Nelson Martinez: The military is looked at different by many. Some people have and show alot of respect for soldiers, especially for those who have fought in previous wars. I’d say in today’s time, more places have been military friendly and we have so many open doors to various things that in the past soldiers didn’t have, such as having better medical care, people you can go to and talk to, and just places giving military discounts; [it’s] very much appreciated by us. Of course people who are anti-government do have their own beliefs on what I would say, they might think we do. People who are ignorant and that don’t really know what the military’s actual job is, they blame us for the wrong reasons.

E. Ortiz: How do you plan to commemorate Veteran’s Day?

Matches Malone: Paying respects to my father and placing a flag on his grave and saluting the men and women around him, since he’s in the military section [of his cemetery]. Shaking hands with those who served their country – war or not – and thanking them for their service.

Wendell Smith: Talk to family and friends mostly. I don’t do alot of the fanfare because people tend to not be on their best behaviors during most holidays. My mom, dad, stepdad, and older brother are vets. So we’ll spend much of the day talking with each other. Then I have other family and close friends who have served as well, including two older uncles one who is in his 90 s and ther other in his 80 s

Eric Moran: Hopefully to pay my respects to my brother’s grave.

Nelson Martinez: I’m going to relax, I have the day off for Veteran’s Day; also going to go out to eat with a few military friends of mine.

In conclusion, I will leave you with this final thought by Matches Malone. “[Being in the military] is about making a difference for the better of everyone and we can all do good whether it’s cosplay or military or charity or just being there for a stranger in need. The difference is a choice we can all make. Any plus is better than a negative.”

While it would take too long to say all of this to every troll on the Internet, so many of them so richly deserve this that it has to be shared. It is a much less costly method of dealing with them the the solution that Jay and Silent Bob came to at the end of “Jay and Silent Bob Strike Back.” Maybe less physically satisfying, but much safer.

Enjoy, and remember as I warned in the headline, this has some NSFW words, of the British kind, if you catch my drift.

Our third collection of cosplay pictures from the New York Comic Con 2013 is up! These awesome pictures are taken by photographer Adam Etheridge. Stay tuned for more videos and photos of what we saw at NYCC 2013!

FanimeCon 2012: The Photography of Bill Hinsee 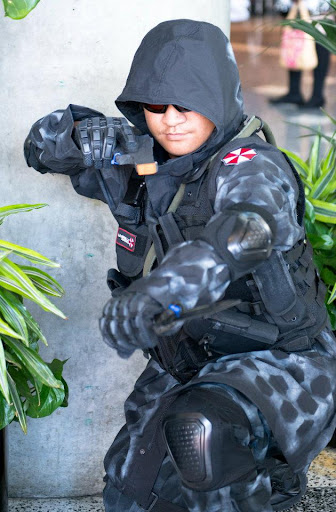 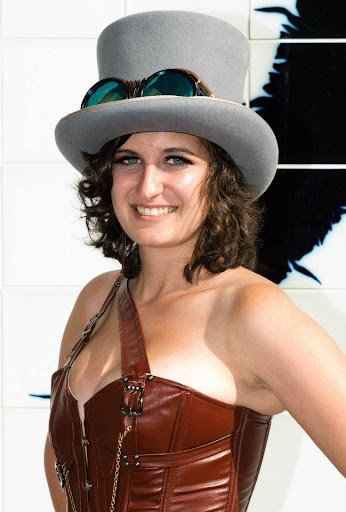 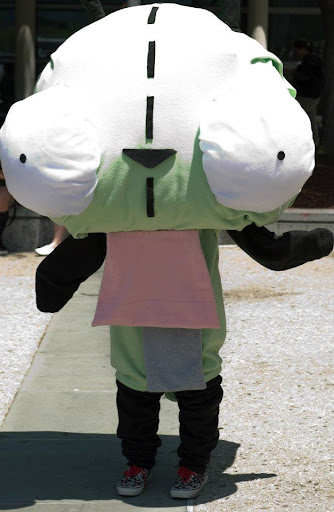 At this point here’s an epic cross-over you will don’t take a look at daily.Cosplay married couple Dante by Satan May perhaps Holes plus Schokohutige Small gravel Shooter were noticed go on Otakuthon 2012 within the Palais des congr s environnant les Montr al , Montreal Norm Facility (I have faith that married couple this means that several other snapshot but proper us if perhaps I’m bad).Friends connected with quarry, Satty, appeared to be one of the several audience within the conference, anf the took quite a number of pics. You might want to go and visit his particular Otakuthon record if youve been one of many cosplayers inside the hoax.Doing it looks like quite a huge event. I wish I found myself furthermore there too. 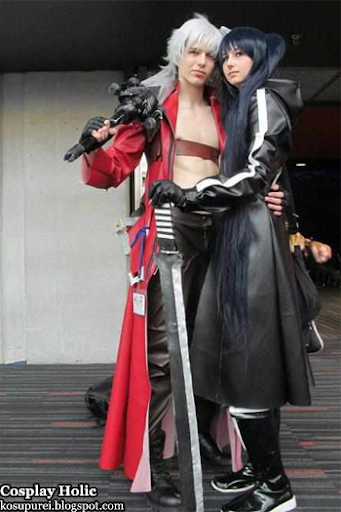 Expect a whole lot of pictures and features of Katsucon 2013 in the next few weeks, so let us start with a collection of cosplay candids taken all over Katsucon by the hard-working Adam Howell of Howell’s Photography.

FanimeCon 2012: The Photography of Bill Hinsee

Posted on November 5, 2012 by cosplayzone

Posted on November 5, 2012 by cosplayzone

Check out Photographer Angelwing‘s amazing collection of cosplayer pictures at Oni-Con 2012. Oni-Con was an anime convention that took place in Galveston, Texas this past October.

You can also read Angelwing’s convention report about Oni-Con here!