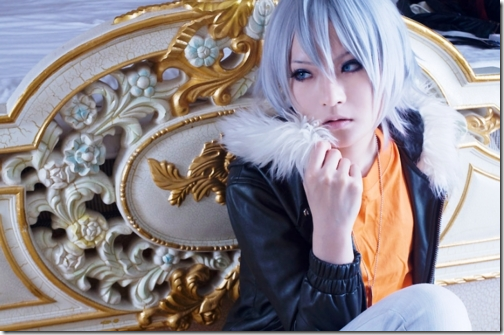 An orphan along with Keisuke, Akira was an undefeated champion of the street fighting game “Bl@ster”, where he participated in the RAY district under the name LOST. He appears to be cold and uncaring, but he has a very naive side to him. He likes omelet rice flavored Solids and uses a knife as his weapon of choice.

Awesome cosplay! Really love how the cosplayer is projecting Akira’s personality in this photo. Thanks again to Ophelia for sending this!