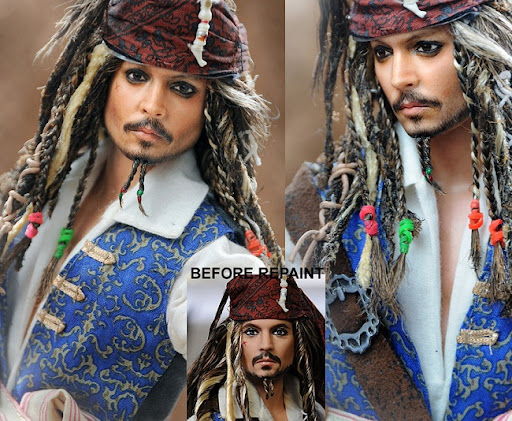 If you’ve ever seen actors playing with themselves — er, action figure versions of themselves, we mean — you already know that many of the action figures and dolls for our favorite movie characters look very little like we remember them. Thankfully, artist Noel Cruz has rectified this with painstaking re-paints of the dolls based upon some of his favorite characters, including actors from Lord of the Rings, Harry Potter, Twilight, Pirates of the Caribbean, comic book adaptations, and classic movies. His whole oeuvre is impressive, but we wanted to focus on the ultra-realistic repainted dolls from the movies most relevant to what we enjoy (or mock) on a regular basis.

Cruz uses acrylic paint and ultra-fine brushes to make factory-standard dolls look more true to life, sometimes yielding uncanny results. Many of them have sold on Ebay for over $500.

“As with all my creations, I completely strip the original factory paint on each of the dolls and completely repaint the facial features in, paying attention to accuracy of likeness and lifelike expressions. […] Repaint is a new form of pop art, wherein the doll’s face is treated like a three dimensional canvas, with the added challenge of painting within a very small area . Since dolls are basically miniature pieces, brush strokes and shading have to be very controlled and precise.” — Noel Cruz

All pictures via Noel Cruz, and you can view (or buy) more at his site. Hat tip to ONTD (via Jezebel). 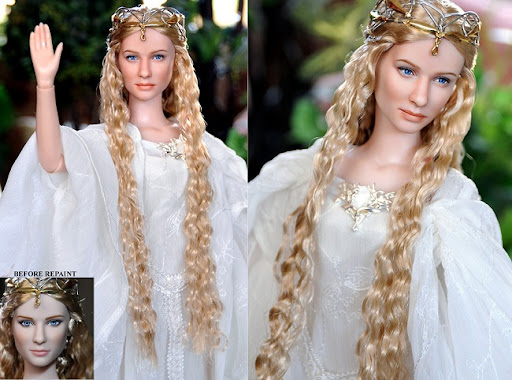 Cate Blanchett as Galadriel (Lord of the Rings) 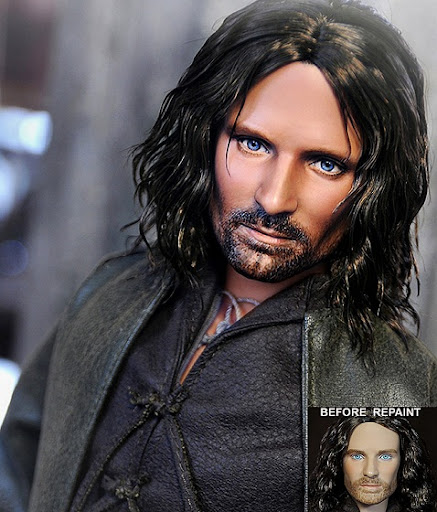 Viggo Mortensen as Aragorn (Lord of the Rings) 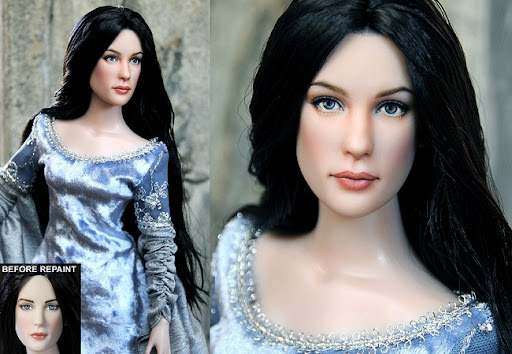 Liv Tyler as Arwen (Lord of the Rings) 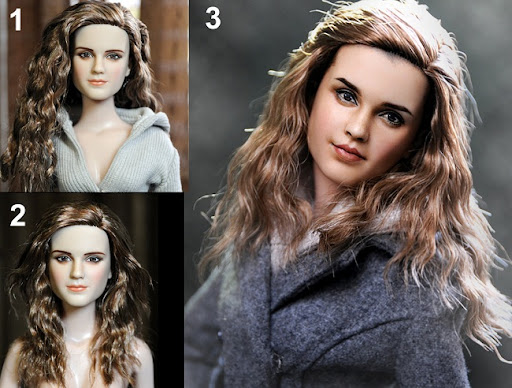 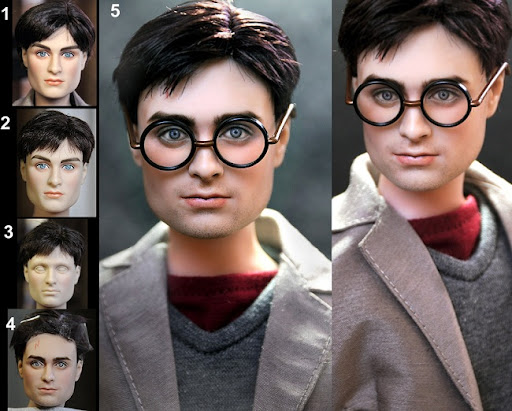 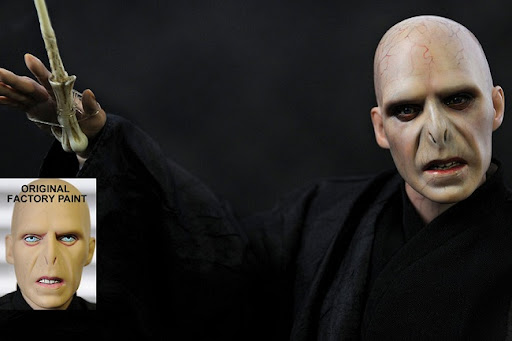 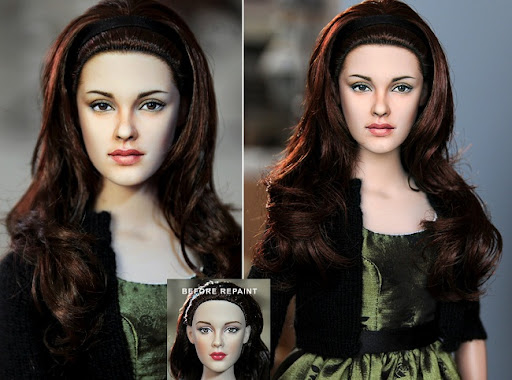 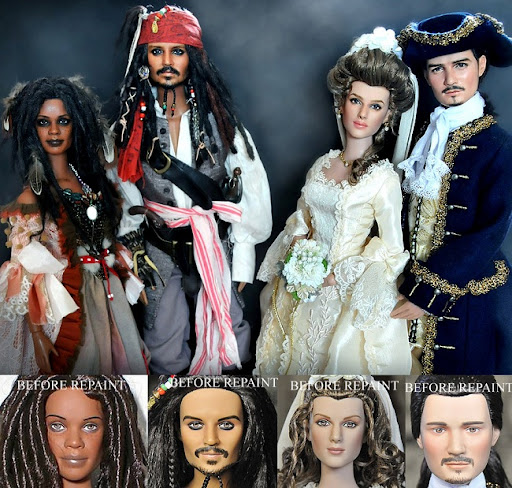 Pirates of the Caribbean dolls 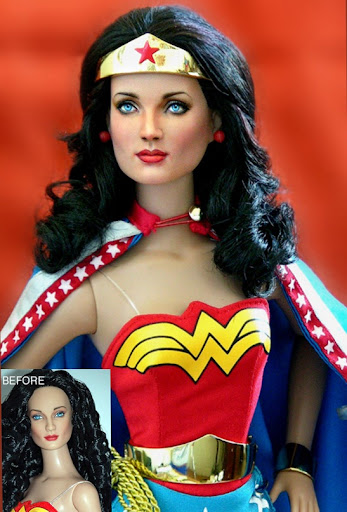 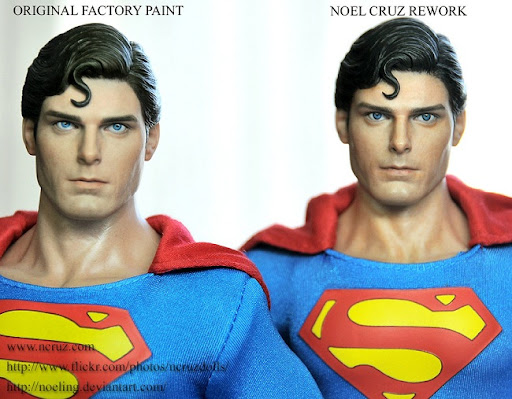 DC Gets To The Point, Puts Jeff Lemire On ‘Green Arrow’

Now, DC is showing their appreciation by putting him on Green Arrow.

Green Arrow has had something of a rough time at the New 52. J.T. Krul’s opening arc was… a rocky start, to say the least, and Keith Giffen and Dan Jurgens were brought in to salvage the book before Ann Nocenti took over. If that litany of names sounds familiar, it’s because that’s pretty much everybody DC brings in when a book is going off the rails and needs to be fixed.

Still, Green Arrow has been rising in cultural prominence, partially because he’s the closest thing DC has to Batman who isn’t Batman. He’s going to be in Injustice: Gods Among Us, and Arrow has been the CW’s biggest hit and more importantly retained most of its audience.

February is when GA officially joins the Justice League in the New 52. Taking over the art will be Andrea Sorrentino, whose cover you can see up above.

Lemire has been taking questions over Twitter and mostly offering teasing answers. But there is one definitive answer we have, regarding face fuzz:

The most common tweet I’ve gotten I the request for the return of the goatee. Going to suck to disappoint everyone. #dccomicsnogoateepolicy

The post DC Gets To The Point, Puts Jeff Lemire On ‘Green Arrow’ appeared first on UPROXX.

To promote Pacific Rim, the Warner Brothers website has a Jaeger designer app which lets you create your own giant robot design, name it, and stick it in a poster. But could fans come up with names as unique as the film’s robots Gipsy Danger, Striker Eureka, and Crimson Typhoon? Oh yes.

Kris Straub (via Angelophile) came up with the picture above, the perfect use of a promotion like this. Straub’s other designs were just as magnificent:

We were so inspired, we made some Jaegers of our own.

This trailer for God of War: Ascension, running during the Super Bowl, is probably the closest we’re going to get to an actual God of War movie. And, actually, it looks great. It’s just too bad they had to choose such a bland song to go with it.

It’s a bit more artistic and moody than a game which has goat/man hybrid-stabbing and cracking an elephant-man’s skull open to play in his brains probably deserves, but it’s still a well-done trailer.

That said, we have to go on a little rant here, because who the hell picks this music?

It’s not a knock against Ellie Goulding, and actually, this remix of the song is a lot better than the actual single. And again, yes, it fits lyrically. To a point. But musically, it fits in about as well as Kratos at a pacifist rally.

Look, there’s literally millions of songs out there. Granted that God Of War‘s musical themes tend towards the bombastic and this ad is really anything but, but Gerard Marino, the series’ composer across the entire franchise, could probably have put something together.

So, please, marketing executives, hire that annoying hipster who knows every song. We hate that guy too, but he’ll probably make better musical choices for your ads.

Here’s A Video About The Music Of ‘Remember Me’. Don’t Worry, There’s Lots Of New Gameplay Footage Too

It’s not often you see an upcoming game make a big deal about its soundtrack, but that’s exactly what the makers of Remember Me are doing in the following video, which provides some insight into the creation of the title’s music. The video also contains a ton of new gameplay footage and concept art, so those of you who don’t really care about video game music have a reason to watch too.

Hit the jump for the video. Warning, contains a somewhat pompous-sounding French guy…

I dunno, for a video supposed to showcase the game’s music, I didn’t hear anything particularly memorable. That said, the game still looks cool.

The post Here’s A Video About The Music Of ‘Remember Me’. Don’t Worry, There’s Lots Of New Gameplay Footage Too appeared first on UPROXX.