Video Clips – Batman: The Brave and The Bold – Inside the Outsiders!

In these 3 AUTHORIZED VIDEO CLIPS FROM WARNER BROS we get to see a scene from the next episode of BATMAN: THE BRAVE AND THE BOLD. The next new episode will be called “INSIDE THE OUTSIDERS!” This is set to officially air on Friday, November 6th, 2009 on the Cartoon Network. The main Superhero Guests will obviously be THE OUTSIDERS but the Catwoman will be a special guest in the teaser part of the show ( check out our previous post for that video & some special wallpaper backgrounds ). Here’s some sneak peaks into the new episode:

BATMAN: THE BRAVE AND THE BOLD – INSIDE THE OUTSIDERS! Special Teaser Video with CATWOMAN ( Plus Wallpaper Backgrounds )

The next episode of BATMAN: THE BRAVE AND THE BOLD will be called “INSIDE THE OUTSIDERS!” This episode is set to officially air on Friday, November 6th, 2009 on the Cartoon Network. First we have 4 exclusive CATWOMAN Desktop Wallpaper Backgrounds for you to enjoy & then be sure to check out the video clip down below. I’m really liking the cool “Golden Age” look of this villain!

BATMAN: THE BRAVE AND THE BOLD – Joker & Batmobile Wallpaper Backgrounds 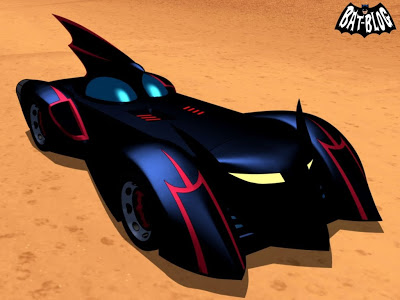 Just a quick post, here’s a couple of BATMAN: THE BRAVE AND THE BOLD Cartoon TV Show Desktop Wallpapers I made to help remind people that the brand-new episode “Death Race To Oblivion” is tonight on the Cartoon Network!

BATMAN: THE BRAVE AND BOLD – REVENGE OF THE REACH – Video Clips

In these Authorized Video Clips from Warner Bros we get to see some action from the next NEW episode of BATMAN: THE BRAVE AND THE BOLD! This show is titled “Revenge of The Reach” & the Special Guest Stars will be Blue Beetle & Guy Gardner with the Green Lantern Corps. ( The “Challengers of The Unknown” will be in the guests in the teaser-part of the show ). It will air on January 1st, 2010 on the Cartoon Network. The Basic Plot is: Blue Beetle is finally ready for a mission of his own and things go smoothly until he tries to deliver his captured villain to Oa, where he is attacked by the Green Lanterns! Blue’s scarab is revealed to be linked to an army of evil aliens known as the Reach – does he have the power to resist their influence?

BATMAN WALLPAPERS – Shazam CAPTAIN MARVEL on The Brave and The Bold Cartoon! 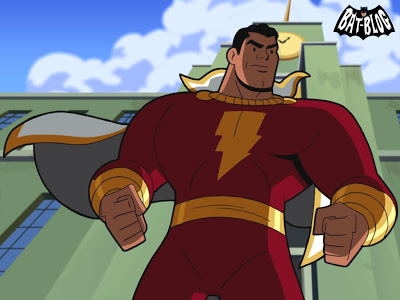 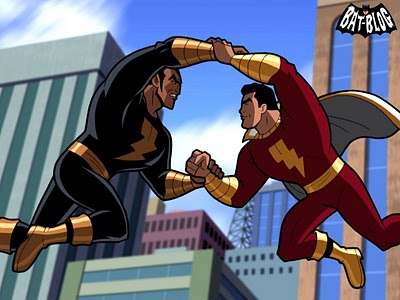 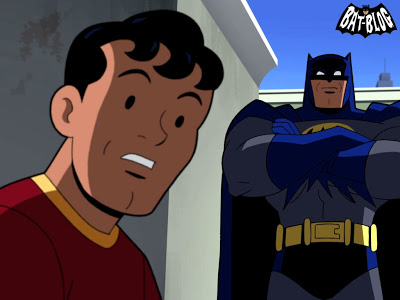 Here are some FREE Batman Desktop Wallpapers I made for you with images from the soon to be released TV Show of BATMAN: THE BRAVE AND THE BOLD. The special guest will be Captain Marvel & Billy Batson…SHAZAM!! This new episode airs April 2nd, 2010, on the Cartoon Network.

In these two brand-new AUTHORIZED Promo Video Clips from Warner Bros, we get to see THE NEW TEEN TITANS that will be aired as part of their DC NATION on the Cartoon Network. Look for it to hit Saturday, March 3rd, 2012 at 10:00 am (ET/PT).

Cartoon Network, Warner Bros. Animation and DC Entertainment are teaming up to present DC Nation, a full hour of exclusive kids’ television programming and shorts based on DC Comics characters. Full of action and humor, DC Nation brings some of the most beloved and legendary heroes – as well as some lesser-known cult favorites – from the pages of DC Comics to the screens of a whole new generation of fans. Anchored by Green Lantern: The Animated Series and Young Justice, DC Nation will premiere Saturday, March 3, at 10 a.m. (ET, PT).

Rounding out this branded block of original programming will be a number of shorts featuring DC Comics super heroes and characters as you have never seen them before. With fresh designs and concepts, fan favorites such as Plastic Man and Doom Patrol will finally take center stage next to the likes of Wonder Woman and Teen Titans. Bringing them to life will be the result of a collaboration with some of the top talents in the animation industry, which include award-winning Aardman Studios (Arthur Christmas, Wallace and Gromit) with its stop-motion clay animation techniques, and the unique direction and character designs of Lauren Faust (The Powerpuff Girls, My Little Pony: Friendship Is Magic). In addition to these shorts, DC Nation will also feature event programming, interstitials, exclusive behind-the-scenes looks at theatrical motion pictures and an insider look into the world of all things DC Comics.

In AUTHORIZED WARNER BROS Video Clip we get a glimpse at the next brand-new episode of YOUNG JUSTICE. This week it’s titled “Downtime” & airs this Friday, March 4th, at 7:00 pm. on the Cartoon Network.

Basic Plot:
After a disastrous mission with the team, Aqualad returns to Atlantis to choose between a life on the surface world … or one beneath the waves with the Aquagirl of his dreams. But other forces are at play, which may make Aqualad’s decision for him.

Here are some YOUNG JUSTICE Cartoon Wallpaper Backgrounds made from scenes from the TV Show that will be on tonight, Friday, March 4th, on the Cartoon Network. It looks like Batman will be showing up a little more, that’s cool. Also, be sure to scroll down below for the video clips.

In these AUTHORIZED Warner Bros Video Clips we get a glimpse at the next brand-new episode of YOUNG JUSTICE. This week it’s titled “Bereft” & it airs Friday, March 11th, at 7:00 p.m. on the Cartoon Network.

Basic Plot:
The Team finds itself wandering the desert of BIALYA with no memory of the last six months — or of each other. Only Miss Martian can restore their minds and figure out what happened.

The next brand-new episode of YOUNG JUSTICE is on TV tonight, March 11th, at 7:00 p.m. on the Cartoon Network. To celebrate I’ve created these 2 YOUNG JUSTICE Wallpaper Backgrounds you can use to brighten your desktop. The 1st image shows Robin using his ultra cool “Wrist Holographic-Computer” thingy… I really want one of those! Oh yeah, for more information about tonight’s show, be sure to read the next post that features some great preview video clips.