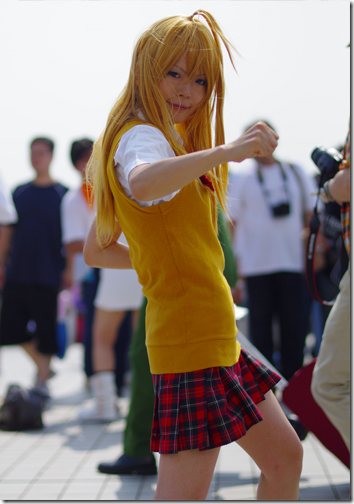 The not-too-bright protagonist of the series, Hakufu is immensely powerful despite being only being a D-ranked toushi. She cares very little for politics involved between the toushi and fights only for the sake of fighting. She is, however, staunchly against violence and killing. Hakufu possesses the unique gift of predicting enemy moves by reading the flow of chi around her opponent.

Beautiful cosplayer from Comiket 2010! It’s cute that she has those hair antennas on her wig. Isn’t that hard to keep standing like that? Thanks to Lita for sending this!