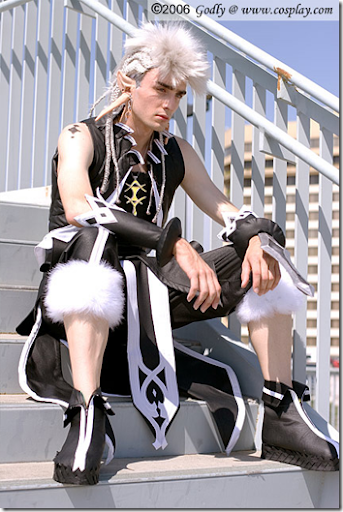 The leader of the Blast Worms, Orha Duren is the first and the strongest of the four Warriors. He has pledged his full loyalty to the Queen and his familiar is called Death Raven.

An absolutely amazing cosplay! We know that he’s Jaina Solo’s boyfriend, but we don’t have his name! Too bad! Thanks to Syaza for sending this!