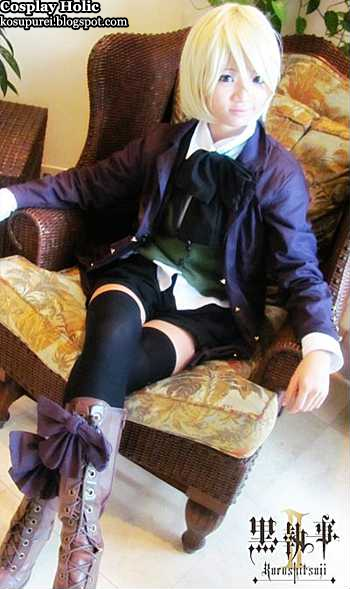 Alois trancy acts as a foil to Ciel Phantomhive; a literary term for a character who contrasts with another character (in this case, Ciel) in order to highlight the various features of the other character’s personality. Ciel actually cares for people and causes while Alois is psychologically scarred, pathologically abusive, and calculative. By appearance, Ciel is seemingly indifferent, while Alois is quite energetic.

Cute cosplay by ~MichiMichi-Miku! I love the way she’s posing for the camera and her boots are absolutely stunning! Thanks to ~JusticecanTrustMeX3 for the awesome photography and Cherokee for sending this in!